The jury was an example to explain the idea. Of course you need to adapt that concept to make it working for a govern system.

I was looking for a good online democracy tool. What about Loomio?

Edit: I also found these three:

looks good to me!

If you wanna test and report your finding, how it can adapt to the project, before the next governance meeting for instance, it can be useful

I’ll try to do that before next meeting (it’s planned for the 20th of may, if I can understand well)!

What the hell a Decision-making software is?

Decision-making software (DMS) is used to help individuals and organizations with their decision-making processes, typically resulting in ranking, sorting or choosing from among alternatives. (more on … https://en.wikipedia.org/wiki/Decision-making_software)

It’s developed since 2011, after the Occupy movent, by a team of technologist and activists in New Zeland.
The idea behind the project is to solve one of the biggest issues of the movement: “collective decision-making had great potential, but was limited by the difficulty of getting everyone to the same place at the same time to make those decisions” (if you want to read more … https://gigaom.com/2014/03/13/meet-loomio-the-small-scale-decision-making-platform-with-the-biggest-ambitions/).
It implements the occupy movement hand signals.

Differences with the GNU GPL 3?

The GNU Affero General Public License is a modified version of the ordinary GNU GPL version 3. It has one added requirement: if you run a modified program on a server and let other users communicate with it there, your server must also allow them to download the source code corresponding to the modified version running there. (more … https://www.gnu.org/licenses/why-affero-gpl.html)

Edit: I gave a try to the mobile version, using my Motorola mote E 2015, and the experience is great: the are no blocks nor lag, and everything is fluid and smooth. Test fully successful! 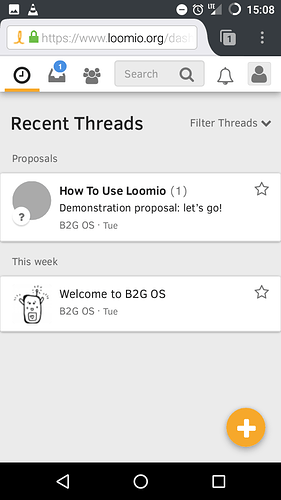 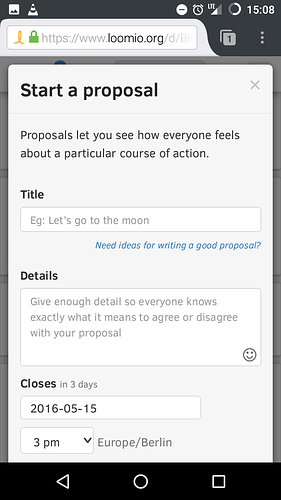 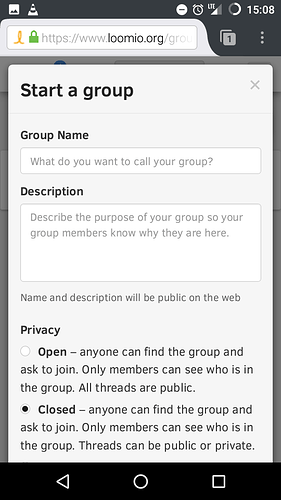 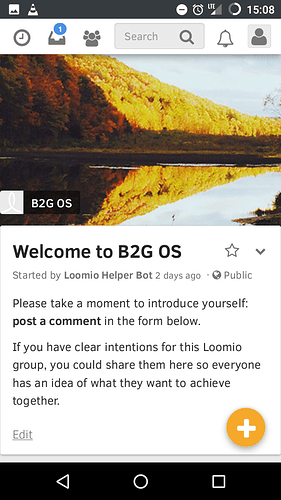 GitBook is where you create, write and organize documentation and books with your team.

DemocracyOS is an online space for deliberation and voting on political proposals. It is a platform for a more open and participatory government. The software aims to stimulate better arguments and come to better rulings, as peers.
It’s developed by an argentinian nonprofit organization (Democracia ed Red) in Java and other (at least to me …

Edit: Except for some bugs (as you can, there’s no menu in the first screen) the experience is fluid and pleasant. 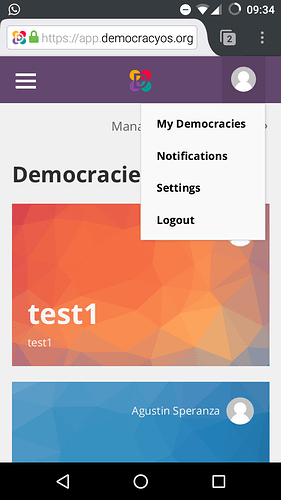 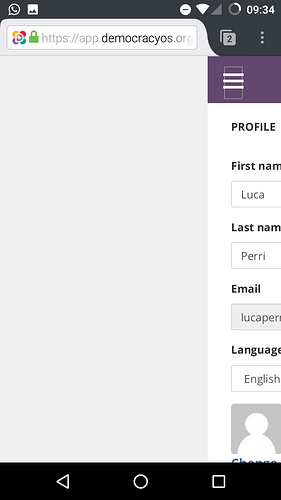 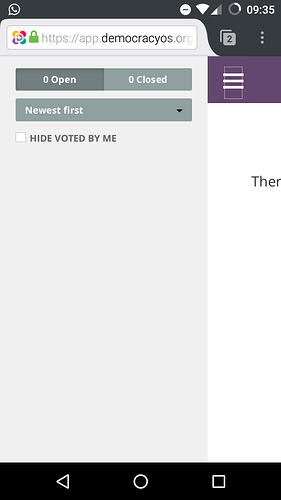 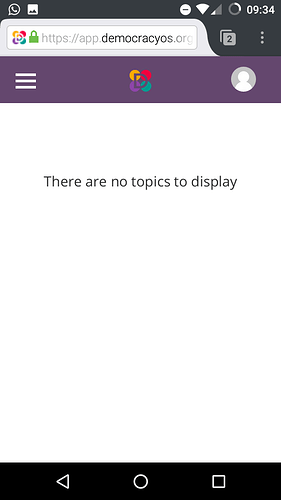 There are no demo video online, but you can directly try it here.

Airesis is a free software platform, built by a team of Italian developers and contributors, to enable communities and groups to organize themselves in a productive manner according to
the principles of direct democracy and participation.

Airesis is supported and promoted by the italian No-Profit Association ‘Tecnologie Democratiche’.

It’s a voting system developed in 1997 by Markus Schulze that selects a single winner using votes that express preferences. The method can also be used to create a sorted list of winners (more on wikipedia).

Edit: The mobile experience is not good as hoped. There’s something tricky in surfing the website. Test failed, as usual I made it with my Android Motorola Moto E 2015. 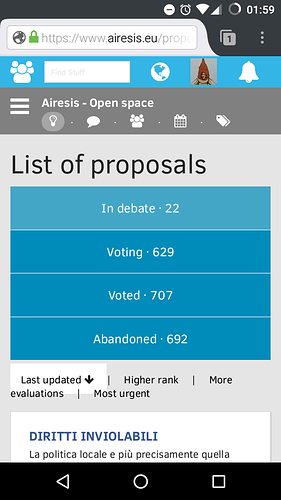 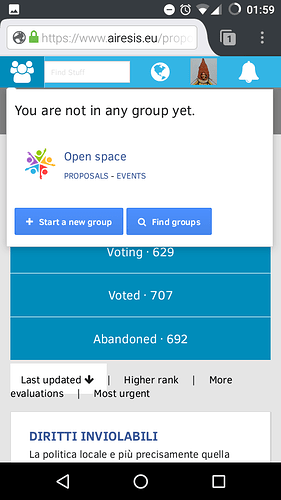 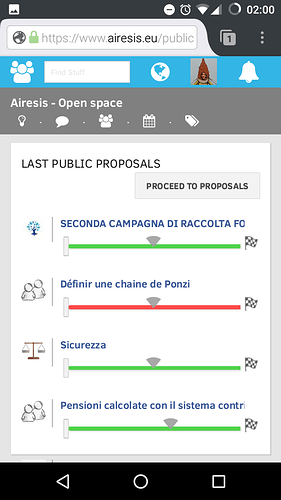 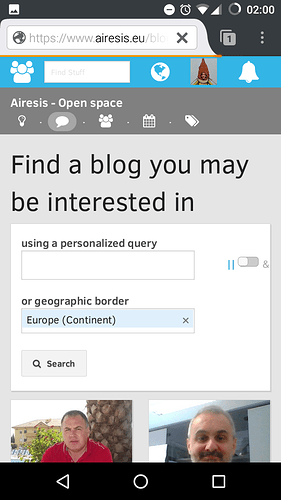 Most videos, except for the presentation one, are in italian …

You can directly try it here.

The Social Network for E-Democracy - Airesis

A tool of direct democracy born to decide and act collectively on proposals and ideas generated anywhere for any theme.

CivilHub is a free and open-source platform written in Python & Django for the purpose of collaboration in local civic communities. It’s a feature-rich decision-making software, and it seems really promising even if it’s still in a beta stage.

The software is developed by a group of IT specialists based in Warsaw, Poland.

Edit: The mobile experience is not that bad, all considered. If I have to compare it with the other softwares it’s not as good as Loomio and DemocracyOs, but much better than Airesis. 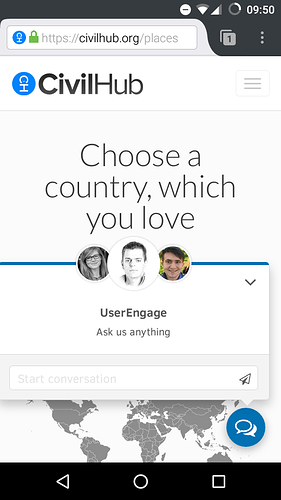 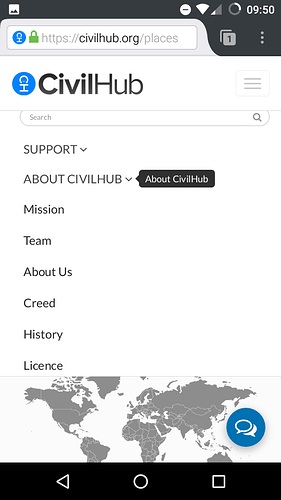 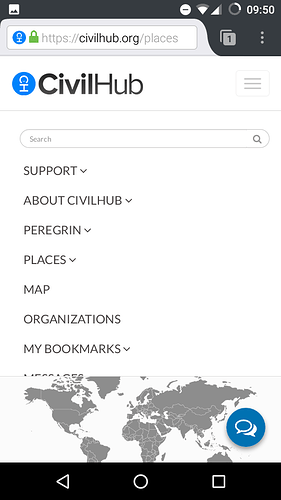 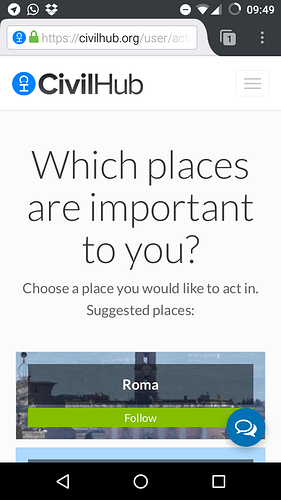 You can directly try it here.

a small suggestion, your expressions:
“mobile application is under construction” and “works on mobile” are not really useful.
What really matter is the question “Is the web applicaion responsive? YES / no / work in progress”

Thank you, Jovan, I’m going to be more precise on this point, giving you more infos on the mobile experience (obviously basing it on my current android smartphone)

APSO was made to provide an Association with a Permanent general Assembly. It was developed by PSO, a French association and released with an open source licence.

IMPORTANT: As you can see opening their homepage, their website doesn’t provide many informations and details on the project.

Unfortunately, I don’t think APSO could be a valid option.

If anyone can do something to help me, he’s welcome.

I tried the open a test mode, but I had no success. For french speakers, this is their reply:

This thread seems to have taken a bit of a strange detour.

I’m yet to see evidence of a need for a governance system for B2G beyond Mozilla’s module ownership system.

Ben, you’re right, as a little community we don’t need anything different from a forum, an informal tool as telegram and a bunch of meetings.

I really love what we are doing all together and probably one of the reason why I truly appreciate it is that I can really feel it mine, as we all can participate to all the decision we’re taking.

After all, this is the beauty of a democratic community. Even if we just talk of software, everyone here can be part of this mechanism giving his contribute.

Soon, hopefully, we are going to be much more and what we are trying to understand is how can we continue to work as we are doing now, without excluding anyone from key decisions.

As result of the analysis on decision-making softwares nowadays available, I would choose Loomio. Trying to summarize, this is why:

-it respects our philosophy regarding free software (it’s an open source project) and technologies adopted, since it uses html5;

And that makes it easier to hack if needed.

Regarding the points you mention, indeed it seems to be a good tool.

Thanks a lot @Luca for your hard work ! It will be really valuable when we will come again to governance model discussions

Thank you very much @Luca.
I also had a look at these solutions, most probably faster than yours, and I had found also Loomio the most appealing.