How do I create an map with amount of accumulated rain?

Hello good afternoon everyone, I’m trying to create a map with the amount of rain accumulated with data that comes from a satellite, I managed to create a script to download the data from this satellite site https://home.chpc.utah.edu/~u0553130/Brian_Blaylock/cgi-bin/goes16_download.cgi, but this type of file seems to be more used in python, another problem that I found it was not finding any appropriate library for this type of map, someone already created this type in reactJS / node, someone already dealt with these types of maps could you help me? 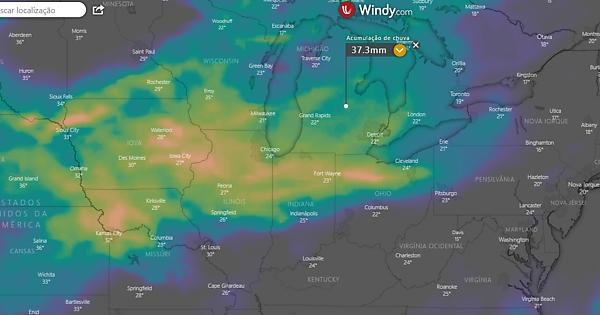 i did not dive into that but when i get data from third party as in your case
i ask my self the following:

and have a nice day

I think you won’t get very far on Mozilla’s discourse, but I may be able to steer you to better resources.

The file I downloaded was in the Hierarchical Data Format, version 5 (HDF5), as identified by file, included with macOS and Linux. My guess is that it is actually NetCDF version 4, which is based on HDF5, which I learned from the HDF tag on the Geographic Information Systems (GIS) stack exchange.

I’ve worked with GIS data years ago, mostly wrestling with QGIS. Viewing a file in that program may be a good first step. Other places to start: