This post is regarding my interest in becoming a Reps Mentor and the following is my narrative:

My experience guiding others began early on as I started helping people grow within the community as soon as I learned more about the Mozilla community itself. It’s a large community and learning from others and after doing things myself is what I passed on to the ones who were fairly new in the community. Although, I did not really know what mentoring is, which is why I say guiding.

I first got mentored in the Mozilla Open Leaders Cohort 4 by a former Mozilla intern and that is when I understood the difference between Mentoring and Coaching as well. After completing that Cohort, I was recommended to become a likely Mentor, and that’s how I got my first chance to Mentor someone. That was the first time, and since then I’ve mentored two more projects and even helped one of those projects to obtain a $5000 grant from MOSS.

I would say that I’ve been very lucky to have Md Shahbaz Alam and Prathamesh Chavan as my Mentors from within the community. While Shahbaz has been my Reps Mentor for a while now, these two have actually been mentoring me for about a year before I became a Rep. Being mentored as a Mozillian was a very important experience for me since that made becoming a Rep and making an impact while I’m a Rep much much more valuable for me. While I took my sweet time to become a Rep as well which is about 3 years after I became a Mozillian, being a Rep has meant as much to me.

I’ll be honest here. My Rep Mentor, Md Shahbaz Alam has never really had to ask me to work for a single day during my tenure as a Mozilla Representative. What he has done is curated events with me, always being there for me by trusting me to do as much as my caliber, nothing more, nothing less and I feel that I’ve never let him down. He’s always been pleased with how active I am and how I conduct my business, but I’ve always found my calling with mentoring people to pass on what I’ve learned during my 4 years being a Mozillian.

When I became a Rep(Feb 2019), I called for a small meetup and whoever came, I asked them what do you want from the Community? I actually asked them something which was never kept in the account, which still is a very unique thing in any community, surprisingly. I asked them to call me, text me, email me at any time they want to with an idea, an event, a project that they want to do. I basically made myself open and available for anyone who needs to be mentored. I could not be more proud of this step as I went on to create an Open culture that passes knowledge. 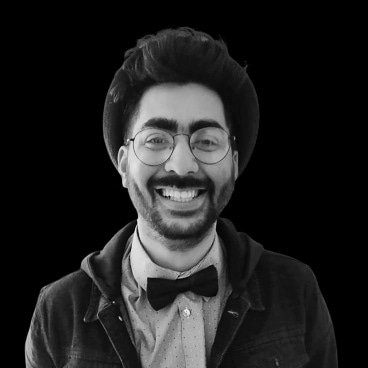 love this response! 💕 People who I mentored, mentoring others. 😍 https://t.co/l1OGBcBeHj

So guys thank you so much for organising such a great hackathon Enjoyed a lot, had great fun. . . @pranitb10 @arps_1899 . Moreover Ty @hackyroot , @ayushbherwani and @gajjar_devansh for mentoring us. pic.twitter.com/l0QszjS7Pw

The Tweet linked above is a perfect example of my work not just as a Rep, but also my work in mentoring a few Mozillians from within the Community. Within my tenure as a Rep, I did not just help Mozillians contribute to Mozilla, I definitely helped create a culture here that thrives in doing more for the Community. I would also point out that within the last few months I have helped three Mozillians become Representatives by vouching for them and motivating and guiding them to become leaders in the community and keeping their views and ideas out in the Open for the betterment of the community.

I would love to help more people and do more for the community, which is why becoming a Rep Mentor seems like a natural next step for me.

Thank you for taking out the time to read this.