Announced this in the Reps call yesterday, also dropping it here.

I’ve launched a way for volunteers to centrally request hardware (laptops etc) from Mozilla when needed.

@tad great initiative, I think this is a very worthy use of hardware.

Any chance we can use Bugzilla for the application form and not Jira. I don’t see why Mozillians should have to set up another new account just for this.

Just like @bking, I think it may be a good idea to use bugzilla, if any chance.

Bugzilla is really not a great tool for managing these sorts of requests, as evidenced by Mozilla using ServiceNow instead of bugzilla themselves. As “annoying” as another account can be, I think it’s a small inconvenience for the benefit of loaner hardware, and it very much improves the workflow for the people managing the requests.

If bugzilla were to get some love, there’s no reason it couldn’t have a UX comparable to JIRA, but it isn’t getting it, so it doesn’t. I’m sure @tad and I would both be willing to give demos on why program management is much easier to do in JIRA than in bugzilla.

Also JIRA has an API, so it is in theory possible to create Persona/Firefox Accounts authentication for it like we have on Discourse. Not sure what skills would be necessary, but if anyone was interested in giving it a go someone else on Community Ops should be able to answer that.

So bugzilla is possible, I’d just rather not use Bugzilla.

The cool thing about Jira is that it gives me a nice internal dashboard for searching for asset tags, people, statuses, and has a lot more power that makes things easier than Bugzilla.

If using Jira is a problem for people, I wouldn’t be against having a bugzilla form and copying the info into Jira for my own tracking, should people not want to create an account.

Any chance we can use Bugzilla for the application form and not Jira. I don’t see why Mozillians should have to set up another new account just for this.

I share the same concern, adding a new accounting system when we use bugzilla for other kind of requests. What’s the current problem JIRA is solving for users requesting stuff?

I am a daily user of both tools and I am not sure what can Jira do more than Bugzilla ( honestly). I am now curious

But no matter the reason, this is a super cool initiative! Great and hard work!
Thank you! 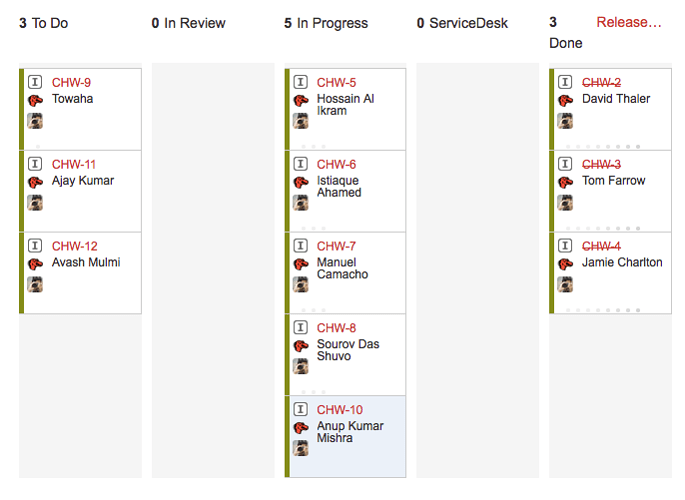 Besides that, it makes tracking easier because it can dual purpose as inventory management. I have asset tags assigned inside Jira and I can easily query based on a range of information

I missed the call so my question is what are the criteria for getting one.

I am not a coder but i use a private laptop (a second hand small laptop specially bought for this last year) for giving presentation about Mozilla can i request one?

I am unable to recieve password reset for my service desk account. Please help. My username is kskarthik

I have an approved request as of 26 May 2016. Wondering if there is any progress with it

people are not responding to my emails and follow-ups anymore.