A Note on Containers and Participation

The Containers experiment in Test Pilot offers a totally unique model for multitasking and identity management in the browser, and has fast become a fan favorite among our security-minded users. While other experiments (particularly Tab Center) have seen significant contributor activity on GitHub, Containers participants have been uniquely vociferous about the features they’d like to see implemented in the experiment. User feedback on GitHub has been an invaluable tool in helping us understanding user need and defining experiment features.

This issue, for example, allowing that URLs be user-assigned to specific containers received 100 upvotes on GitHub: a clear signal of participant interest in such a feature. Community contributors created more than half of all open issues in the Containers experiment.

As the Containers experiment in Test Pilot progresses, we will be readying the experiment for Shield – a system that lets us deploy experiments as opt out features for Firefox users to help us understand how such experiments perform in the wild. In anticipation of this release, we’ve started using a vote for me label in GitHub to prioritize feature work. Look for the most popular of these features to slide into the Containers experiment in Test Pilot in the next few weeks as our developers triage and plan based on vote totals.

Overall, we couldn’t be happier with the participant interest we’ve seen in Containers. When we launched, we suspected that Containers might be a somewhat niche feature, but the level of participation we’ve seen has proven that even features with small user footprints can be extremely valuable.

To be clear, voting is based on +1’ing a bug which you can do when logged in. 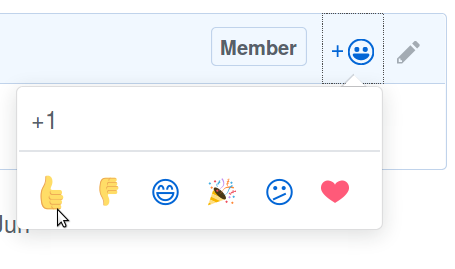 I was stupid! Thanks for the
hint