The WebThings community are delighted to announce the release of WebThings Gateway 1.1. 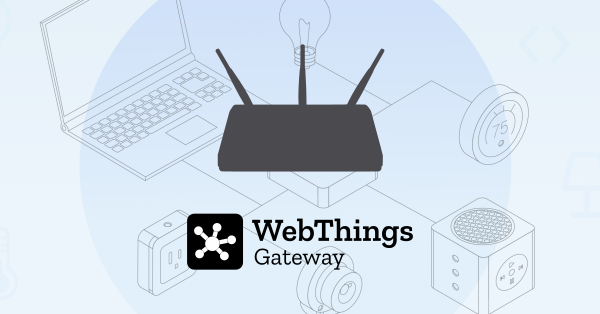 Following lots of hard work by our open source community, this long-awaited release includes many improvements under the hood including an entirely refactored back end, removal of redundant code and various bugfixes and security patches.

The refactoring of the back end into the strongly typed TypeScript programming language is intended to improve the stability of the gateway by reducing the likelihood of runtime errors.

For all the technical details and notes for add-on developers, please see the release notes.

If you have an existing gateway using our Raspberry Pi image then it should automatically update itself to the new release, otherwise you can download a fresh copy from our website.

We’re now looking forward to WebThings Gateway 1.2 which will include lots of improvements including a much requested “groups” feature. Work has also already begun on a 2.0 release which will be fully compliant with the latest W3C WoT standards.

If you’d like to get involved then you can file issues on GitHub, join the conversation on Discourse, chat with us on Matrix, follow us on Twitter or jump into our documentation to learn how to develop your own web things and gateway add-ons.

Thanks for the update! I’m sure there are many folks who appreciate correcting the remote access certificate issues.

I upgraded my test server and then my production RPI docker instance from WT 1.0. Both went ok after a bit. I did freak when it took 4-5 minutes to load addons and for them to update the Things page fully.

When inspecting the logfile I did notice numerous errors related to disabled and/or deleted addons or Things that do not exist anymore. There are several database issues to correct/cleanup, but that’s not a core WT upgrade problem I surmise…

Many thanks Ben for all the hard work - Up and running on my secondary Rpi with WT1.1 - now time to consider upgrading (reinstalling) my main Rpi controller.