how to PUSH BUTTON SYNC with webthing.io

Hello everyone, I’m a newbie to webthing.io
I’m still interested in the button sync with LEDs on webthing. I came across the webthing-arduino library at this link (https://github.com/WebThingsIO/webthing-arduino/tree/master/ examples), but it doesn’t mention what I’m looking for.
i would love to have an example part with results like this video (https://www.youtube.com/watch?v=ePW3nJNGt9M&list=LL&index=1)
I really hope someone reads it and can help me, thank you

WebThings includes an API allowing remote applications to use HTTP calls to change thing “parameters”, such as a virtual device’s “push button” property. I wrote a monitor bash script that parses a logfile, and when necessary, execute an http put request to WT. You must generate a static API KEY and include this as the authorization in a put request. In my case, I used the Virtual Things add-on, and created a push button thing. Suprisingly, it’s been working great for me.

I started learning the API using this example:

Here is a link to anohter thread I posted to:

Here is a link to the GitHub repository I wrote that tails the X10 Mochad logfile which I translate to WebThing property changes: 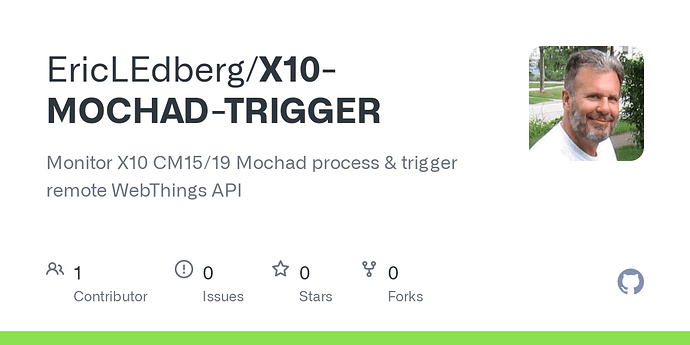 Can you guide me step by step. please