What happened to the Preview and Response Payload sections under the Response tab in Networking in the latest version of Firefox Developer Edition (88)? They are no longer available. I had to install version 87 to get them again. As a web developer I rely on these two additional sections. Google Chrome’s response tab displays exactly what’s returned by the server and so I see any mixed type content which the Preview section used to display/provide. There needs to be a way to see exactly what is returned by a server so add these back.

I see a new switch on the right side labeled Raw that toggles between preview and source: 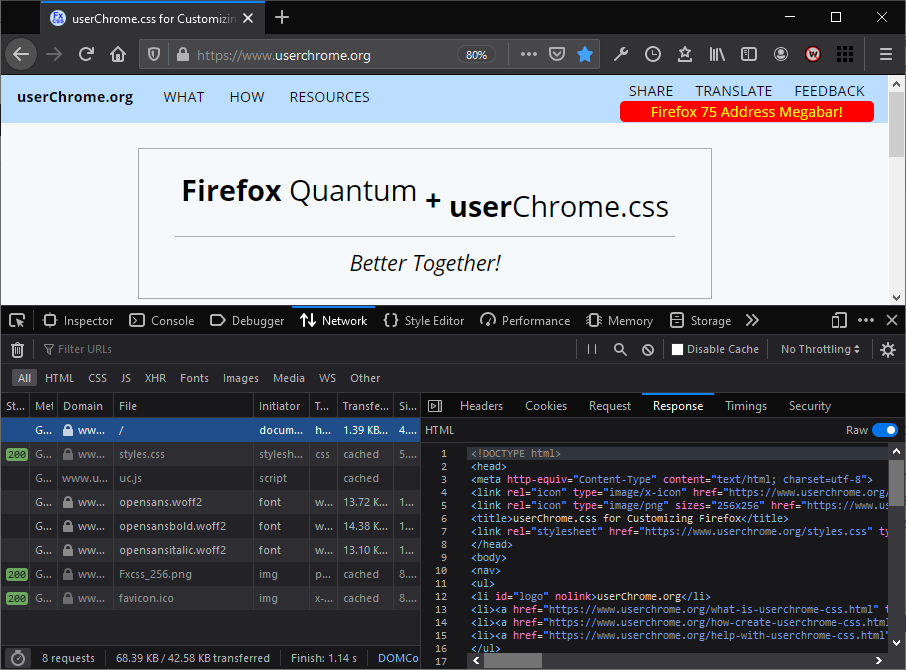 Oh how I feel silly for not have noticing it… Thank you for pointing that out.

This makes the display of the raw data more consistent with the one in the Headers tab and also fixed vertical scrolling within the raw data.