I want to nominate 洪慈吟, nickname @ballfish, for Mozillian of the Month - August 2019. 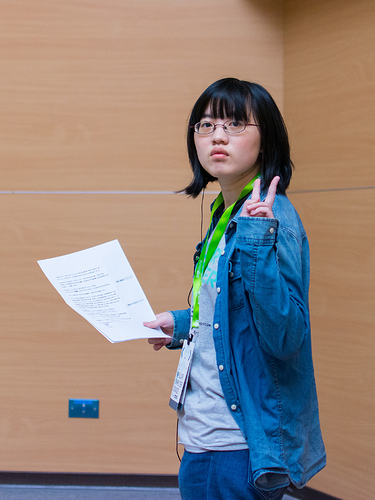 @ballfish starts her contribution by co-host local Rust community meetup since late 2018. She helps build the community, keep it alive by co-organizing the monthly meetup, managing the Telegram channel, and maintain the friendly discussion environment.

On June, she also becomes the keyholder of Mozilla Community Space Taipei, by getting a dozen vouch from local Mozillians for her involvement in the community. She had also helped to review thousands of sentences on Common Voice.

Her contribution in August

Just in this August, @ballfish had deeply involved in following so many OSS events,

How an extraordinary month for her contribution to Open Source and the community! 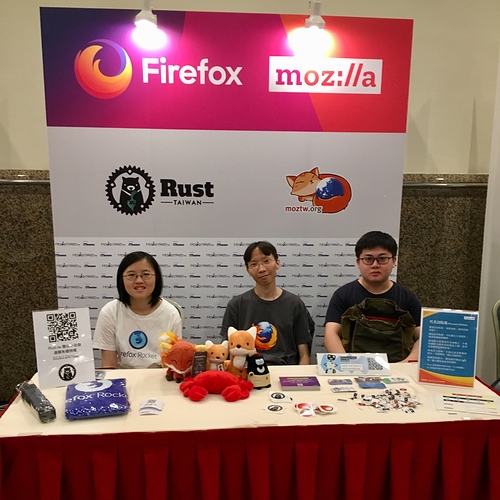 How did I help them as a Rep

As a Mozilla Rep, I help her on the onboarding of the community space and help her design the Rust event and prepared the materials and stickers for the ModernWeb booth. I try my best to share my experience in event demonstration and hope this can help future Rust promotion on other events.

Please vote for @ballfish 洪慈吟 by vote in the following thread,

Hi Mozillians, It’s time to share the story of great Mozillians, and voting to find out who will be our next Mozillian of the Month for August. We have 3 candidates this month. All Mozillians are welcome to participate. Please read their story, and Vote for the Mozillian who you support for the monthly honor. This month, we try to use the voting feature to show our support. The nominees who had the most votes on September 22 (15:00 UTC), will become our Mozillian of August ! poll Irvin On b…