Rules not responding to some actions with zigbee2mqtt

I’ve recently switched from the legacy Zigbee add-on to the zigbee2mqtt add-on. I can see it’s quite a bit more powerful, but I’m having issues with pretty much every Zigbee device I’ve tried.

With the new Ikea Styrbar remote I can see all the exposed actions, and those actions are emitted when I click the corresponding button on the remote. 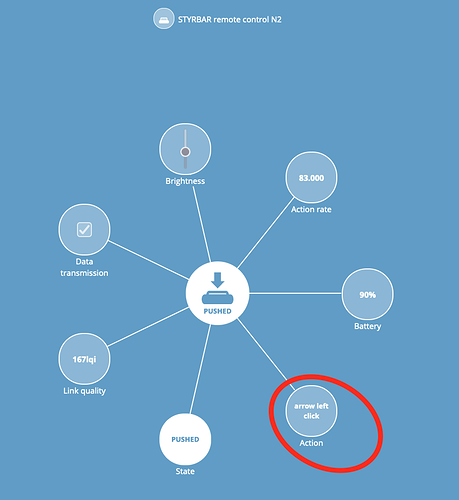 In this example, l’ve selected arrow left click. When I click the left arrow on the remote, I see the action being read by the Thing, but if I build a Rule that uses the action as a trigger, the Rule is never triggered. 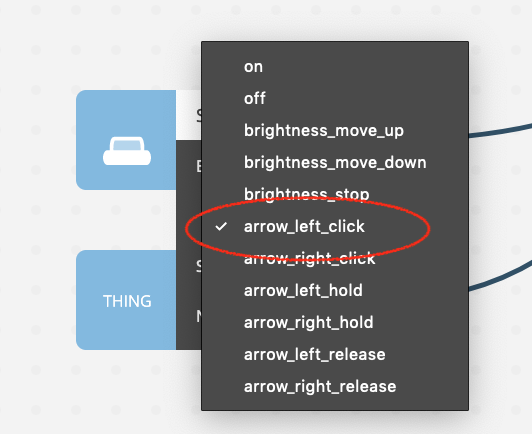 The issue is not limited to the Ikea Styrbar remote. I’m also seeing issues with a SmartThings button. The button supports single, double clicks and long-press. I’ve set up a rules that respond to all three actions, but only the single click and the long-press rules are triggered. The Thing sees the double-click event, but it doesn’t trigger the Rule.

Since the Thing sees the action happening, I’m perplexed as to why the Rules are being triggered.

Is there something obvious I’m missing?

I’ve checked in /extensions/zigbee2mqtt-adapter to see if a pending update for any of my devices is available, but the Update button is dimmed for all of them, so I guess there aren’t any pending update.

Can you please give a full screenshot of the rules

I built a new/simpler rule to clearly demonstrate the issue and remove as many variables as possible.

IF arrow_left_click THEN turn on TV Cat Lamp

I can see the Thing recognizing the arrow_left_click action, but it does not turn on the TV Cat Lamp. The TV Cat Lamp does react to other rules.

can you add a screenshot of the tv cat lamp things, and also have you looked into your log?

I’m not seeing any records in the logs for the left_arrow_click action even though I can see the Thing update when I click the various buttons.

with the same rules are you able to change somethin on another things?

on the same things are you able to change color or anything else with the same rules?

3)since the time you changed your zigbee to zigbee2mqtt, did you delete and readdd the light?

The light is not a Zigbee light, its a Kasa/TP-Link light

can you enable debug mode in zigbee2mqtt addon

I see this in the logs:

Everything look find on the button part, could you try a rule like at x hour turn on just to see if the light is responding to other type of trigger

With the same Styrbar remote, I updated the rule to respond clicking to the top button instead of the left button.

It works as expected. Here are the logs:

you should probably open an issue to zigbee2mqtt github