So you are really killing the addon ecosystem now. Congratulations

Hi,
I’m a long time Firefox user. Because Firefox is far from perfect, I installed a bunch of extremely useful addons fixing all the annoying things. Firefox is like The Edler Scrolls of the web browsers. But that’s ok. That’s what I loved about Firefox. You could fix everything. Even your developers saw it this way. Sometimes when someone reported a glitch or an annoyance, you just told us “don’t worry. Someone will make an addon for this. Bug closed, won’t fix.” Example? See here: https://bugzilla.mozilla.org/show_bug.cgi?id=942461#c8

You see that addons are very important to the Firefox user experience. Even your developers relied on addons and would have made different decisions if there were no addons. Firefox has evolved around the addons and depends on them as much as the addons depend on Firefox. If you kill the one, this will kill the other as well.

Now Mozilla is sabotaging Firefox. You make drastic changes to the addon API such that many of my favorite addon developers already announced that their addon will no longer work (like FindBar Tweak - a must-have!).
Also there are many legacy addons that are crucial for me (like “Password Hasher”. It was abandoned because the developer switched to Chrome. What an irony. But if it stopped working, I won’t be able to get my passwords for online shops etc. any more. This would be a huge catastrophe)
As far as I see, Firefox 57 will be doomsday. Then, years of customizing, installing and fiddling with addons will be lost. I will have lost access to all important online shops and have to start all over again.

What’s the alternative? I don’t know. I know there are good reasons to switch to WebExtentions. But for power-users like me, the whole situation is extremely frustrating. Backward-compatibility is the most important thing in my option. If you can avoid breaking everything, avoid it! Just because it’s called Firefox doesn’t mean you have to set everything on fire once a while.

You can use Firefox ESR for another year with legacy addons, this will give the developers time to add more APIs to Firefox.

I was skeptical at first also but after switching to WebExtensions completly, I saw Firefox being as fast as Chrome. This is a huge win! No more freezing from time to time, it is all smooth!

Since Firefox is Free Software I hope one of it’s forks will provide support for legacy addons longer and let Firefox move into the future.

There are a lot of Chrome-only extensions that started to have an official WebExtensions port for the first time.

Well, if Mozilla at least could make a really good and practical user interface… because half of the addons I use are just there to improve my workflow. Extensions like FindBar Tweak, Clear Search Bar Text On Search, Search in New Tab, Menu Filter, Super Drag, Status-4-Evar, … Those addons really made me more productive. And now they are tearing this away from me. Mozilla was never good at creating productive user interfaces. They just delivered the basic features where others can build upon. I don’t see any signs why this will change in the future. But from now on, it will be extremely difficult to modify the user interface. WebExtentions are limited by design. This will be the end of Firefox as we used to love it.

Yes, I really hope that forks like Waterfox or Pale Moon can fill the gap and support legacy addons as long as possible.

It’s worse than you think, actually. The development side has really taken some hits. I’m running into countless inexplicable problems with arcane resolutions that I often stumble upon through trial and error. My Chrome extensions have never suffered from any of this.

My Firefox addon has had to be re-written so many times that the adoption rate has plummeted and users have run from FF, which is disappointing to say the least as some things about FireFox have really begun to shine once again.

My Chrome extensions have never suffered from any of this.

You do realize that the point of WebExtensions is to make the addon ecosystem as stable as in Chrome, right?

I thought it was for other performance reasons, but I’ll take any stability improvements.

Having said that, my FireFox addon still has defects and quirks that my Chrome one doesn’t - so I will say that FF hasn’t quite gotten there yet:P

FireFox addon still has defects and quirks that my Chrome one doesn’t - so I will say that FF hasn’t quite gotten there yet:P

Is it the same codebase in both or is it the same logo and devs but different codebase and different APIs? Lastpass for example is really nice on Chrome but fucked up on Firefox. I use the Chrome version on Firefox since the official one is a piece of shit.

Example of busted FF stuff (or maybe I’m making a mistake, how could I possibly know? No one’s documenting it!!) :

Maybe you should report a bug. The WebExtension API is still young and it might have bugs.

I opened some bug reports addressing all the annoyances in the current Firefox user interface. Lets hope Mozilla finally listens to it’s community. This would actually make most of the addons I currently use unnecessary.

Bad for Add-on developers, very bad for humble users. Until it gets better (perhaps).

The irritating thing is that add-ons which are actually very useful just stop working when Firefox updates. No warning - “if you update your useful add-on will no longer be supported”. Firefox automatically updates itself, and the first you know is that pop up telling you that one of your extensions has been disabled.

You can enable it back.

I think the current addon system is part of the reason why Firefox has such a small market share: they slow the browser down, and extension devs build first for Chrome and then for Firefox. Most people really don’t care about crazy customizations. I am a power user and I don’t care.

Sorry, but this is not accurate.

The current addon system is part of the reason why Firefox still has such a large market share. Of course Chrome gets more and more popular, but that’s due to the much larger marketing budget and more aggressive marketing, maybe also better support for web standards, better performance and a more productive UI*. But, “I like Firefox, but I’ll switch to Chrome because it has better addons” - no one ever said. Mozilla will never be able to compete with Google in terms of marketing budget. That’s why I think it’s not Mozillas fault that they are now loosing market share. And I don’t see any reason why setting everything on fire would change anything.

But if Mozilla waned to make Firefox better, there are much better options. Mozilla could have kept the old addon system while developing WebExtentions in parallel. Like in Windows 10, where you can have new fancy metro apps but also all your Win32 programs from Win98. And has it made Windows any worse to still be compatible to old applications? I don’t think so. It’s just a little more work and requires talented developers who are able to read old code and improving on that.

*Regarding UI, there are so many options how Mozilla could have made their UI more productive withing the current codebase. Proof: Addons can do this right now. The only thing Mozilla needs to do is copy from it’s featured addon and voilà, better UI than Chrome!

This fascinates me, really. “The future!” All I can envision is this happy little man hopping onto a spaceship with “The future!” emblazoned proudly upon its bulkhead, only to cut away to another scene where that selfsame person is now looking rather sad and sorry for themself as their ship has landed in an internment camp.

That’s the problem with “The future!” really. Much like “The past!” and any ideological hyperbole, it can be used as a justification for any tribally-minded silliness.

In my opinion, any future worth heading towards is one with user customisability at its heart, or it’s really not a worthwhile future at all. Rushing toward a future where everyone uses the Internet from a proverbial digital prison cell isn’t exactly my idea of fun.

… Firefox ESR for another year with legacy addons …

A fine idea, but the limitation of ESR to 52.x is useless for some of the more valuable legacy extensions – 52.x falls below their minimum requirement.

56.x would be saner, would be more broadly supportive of the requirements of end users.

… the current addon system … slow the browser down, …

WebExtensions is not a panacea for performance issues. The more that I introduce Firefox 57+ extensions into my workflow – attempting to move away from legacy extensions, the more I have trouble with Firefox. This seems to be particularly true with 55.x, where the potential for improved performance (e.g. virtual tabs) may be offset by a significantly increased likelihood of extension conflicts.

Attempting to resolve conflicts, in the absence of a suitable extensions manager for Firefox, can be shockingly, unacceptably time-consuming.

Take the time saved by virtual tabs, multiply that by between five hundred and a thousand. That’s something like the amount of time that I have spent on troubleshooting 55.x. So whilst I’m grateful for the focused performance improvements in one area, the bigger picture is a PITA, not time-saving.

That’s harsh, but I empathise with the frustration. Firefox transitioning to WebExtensions has become a roller-coaster of joy and pain.

… the limitation of ESR to 52.x is useless for some of the more valuable legacy extensions …

Based on the extensions that I currently use.

Save To The Wayback Machine

Some of those are compatible with Firefox 57 but for me, that’s irrelevant; 57 will not support some of the extensions that are essential to my workflow.

I don’t see the point in having between 2 and 3 ESR versions at the same time. Why not use the old one? v52…

If you want speed, you get the latest. If you want stability, you get ESR. Why would Mozilla invest in having several ESR versions when they want to ship Rust components and Web features?

… extended support releases 52.5–52.8 of Firefox will fall below minimum requirements; …

… Why would Mozilla invest in having several ESR versions …?

I did not suggest several. Just one.

If you want speed, you get the latest.

The step from 54.x to 55 was widely understood to be a great milestone in speed for use cases that involve numerous tabs. The New Firefox and Ridiculous Numbers of Tabs – Dietrich Ayala, and so on. I did find some post-startup performance degradations, which might have been side-effects of the startup-focused improvements, but no degradation was serious enough to shout about. Ultimately, 55 startup times … certainly were better than 54

I have more than a thousand tabs, which an onlooker might view as ridiculous, but thanks to legacy extensions such as Tab Groups, it’s a sane number. Various legacy extensions make things more manageable and help me to be highly productive.

The step from 55 to 56 brought more performance improvements.

I’m interested in, but do not need, the performance improvements that will be associated with next month’s release of 57.

I would hate the serious performance degradations (startup times etc.) and losses of functionality that are inherent in a drop from 56.x to 52.x.

From the Mozilla bug:

I 100% agree. This is ridiculous. Please sign my petition: 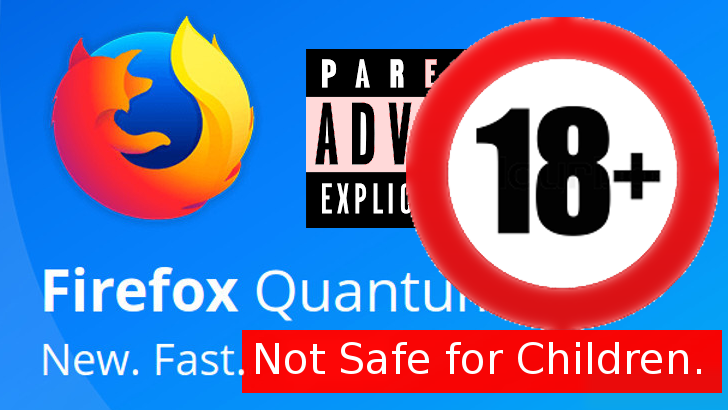