Part of the efforts of the community support desk is the activation stage, once a language in CV has enough data to train a usable STT model, then the language should go live on one of the major platforms at least.

In this light, there are Firefox Android, Firefox OS and Firefox Reality (deprecated). Looking at Firefox Android, it supports several search engines, the one that seems to support search by voice is Google, it’s also open to add new search engines. For endangered and vulnerable languages, this could be the lifering for them.

What do you think of this idea? If it is interesting enough, how can we realize it? (I think this can be officially supported by Mozilla or a community extension.)

Here is a screenshot for Firefox Android search settings: 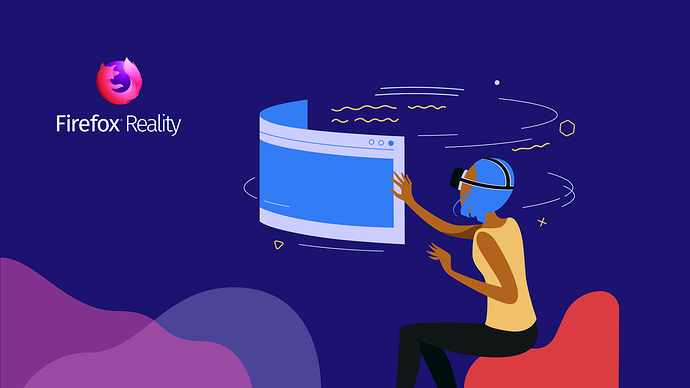 Mozilla is shutting down its made-for-VR web browser, Firefox Reality, and handing off the project to third-party team Igalia. Mozilla launched Firefox Reality back in 2018 on a host of early standalones, including Oculus Go,...

Some initial questions then:

The first 3 questions could be answered by DeepSpeech’s and Firefox’s teams.

How can they depend on a crowdsourced / volunteer-based project?

CV is partially volunteer-based and backed by a dedicated CV team.

Other question could be asked:
5. what are the advantages and disadvantages of adding a CV search by voice to Firefox?

I think we can have an idea on Q1 with our training results. Or just as a user…

How much error would you be willing to accept as a user?

How much error would you be willing to accept as a user?

If you are asking my personal opinion, I would say 90%> or higher.

Probably a lesser accuracy could be allowed for low resource languages.

These details are left to the CV & FF teams, I am in no position to make a recommendation.

There is no such team anymore since august 2020.

Also, this was experimented in the past: Retiring the Voice Fill and Firefox Voice Beta extensions

Dear everyone,
Could you please share your thoughts on this idea? You can give a vote (kudo) to rally this effort, hopefully to ressurect the extensions Voice Fill and Firefox Voice Beta: https://connect.mozilla.org/t5/ideas/add-native-search-by-voice-to-firefox-mobile/idc-p/2185

Hello everyone,
We need help in making this idea popular, there is 15 kudos (likes), and 8 comments, we need to get it to 50 to change the status to trendy, that way even more people will be able to see it.
Here is the

Common Voice is a Mozilla project that builds datasets for speech recognition systems, in it's collection it has low resource, vulnerable and endangered languages, that have little representation in the digital world. Adding a search by voice to...

Congrats so far on the rallying of people !

Have you considered also sharing this on element or in some of the Mozilla communities like SUMO, or MDN or Mozfest (happy to post in the latter) ?

Thanks for pointing those out, I’ll do that.
It would be great if you could share it on Mozfest!

I should say we have 34 of kudos and comments, we still need to get it to 50 to make it trendy, thats the first step.

An update on this “idea”
Now, it’s a trendy idea, that means it’s one step closer to reaching the internal teams of Mozilla.
If you haven’t voted or commented yet, here is a link to the idea:

Common Voice is a Mozilla project that builds datasets for speech recognition systems, in it's collection it has low resource, vulnerable and endangered languages, that have little representation in the digital world. Adding a search by voice to...