I am trying to create a comprehensive process for Mozilla Glow TTS on Google Colab, as it would be much easier for there to be just one notebook to do everything than having to split between setting up a local and cloud TTS repo. However, I notice that the code from the AnalyzeDataset.ipynb (and the other copy) doesn’t at all work.

Im running into issues importing the various libraries required. First I tried to import the code verbatim from the .ipynb, but got this error: 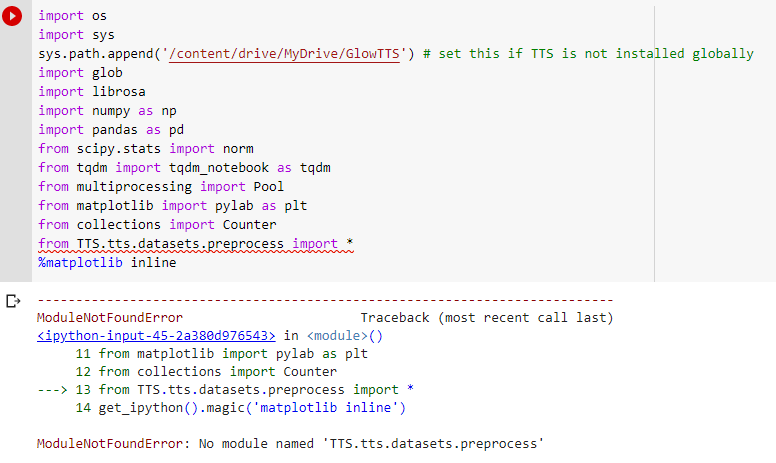 Ive been playing around to fix this issue. However, there seems to be a very large issue with importing libraries in general in colab that aren’t a problem running a jupyter notebook on the PC. Is there a fix to this? Thanks!