Font are limited to Basic Latin on CV website

Hi all
There is an issue displaying many characters that are in Latin Etended and IPA blocks of the Unicode standard.
Many African languages use those and the fonts Mozilla uses are often limited to Basic Latin.
This keeps happening for years and now Common Voice website uses many fonts that don’t support those languages including Fulah which has been around for more than a decade.
This happended on mozilla.org website, on Firefox OS too. Fonts that aren’t supported are substituted with another and it’s ugly and unprofessional.
I filed bugs and discussed it so many times but I just can’t understand why it keeps happening. I am almost at 100% localizing Common Voice and it would be great if the issue is finaly solved. 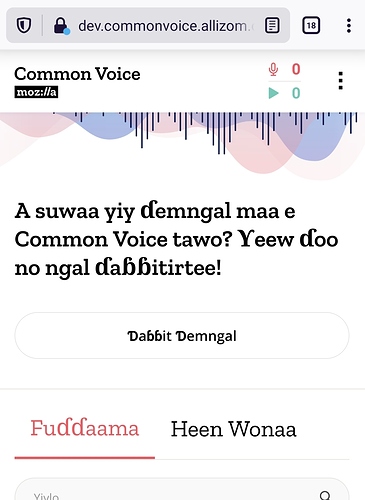 There are a couple of similar issues to this on the GitHub issues page:

I’d recommend filing another issue and cross-referencing those two.

Actually did not remember to cross-reference.
Cheers