2016 is coming to an end, and it seems incredible at this time that we ended with 5 community gatherings (and 4 in the last 6 months). Last November 19th and 20th we went to Mexico city to have two amazing working days with the Mexico community.

Rubén and I arrived two days before the event, and we used Friday to set up and prepare everything at the great co-working space that was the venue: Homework MX.

Two weeks before the event, we begun to have individual conversations with each of the participants to update them on the agenda and having a pulse of what the community was expecting to do on those days. Early on Saturday morning with met at the lobby to go to the venue. After personal introductions and a game, we started creating our Participation guidelines for those two days, and then it was the time for the first conversation: «Mozilla and Participation goals».

The last conversation of the day was about the «health of the community»: how was structured and how we could work better in the near future. There were really good conversations that help us a lot to continue thinking on 2017 planning and strategy.

That night was time for a great dinner at Porco Rosso, a barbecue place. A shout out for the «fried Oreos» dessert, that begun like a test for special people and ended with everyone testing it.

A Sunday full of projects

Early morning on Sunday, breakfast space was in dispute with tourists from Japan, Finland and other countries, but still we could make it on time to be at the venue. It was a national day, and some celebrations were held in the Park near the venue, so we had music in the background with us all day.

Sunday was the day prepared for sessions to present functional teams and projects where community members can participate and help to grow in Mexico. In the morning we talked about Mozilla Reps, Mozilla on Campus, Key Internet issues and Diversity & inclusion.

Diversity (and women empowerment specifically) is a huge topic right now in Mexico (and in Mozilla’s local community). There are many plans to work on that in the next months.

After lunch it was the time for WebVR, Activate Campaign and Rust. This last session was facilitated by a member of the local Rust community, and that was interesting to begin to test on how Mozilla’s communities can create partnership with other communities in the region to collaborate.

The last part of the Gathering was planning time. We divided the group in 4 small teams that created plans and goal for 4 projects on a Github repository. Last activity of the day was answering a survey about the event. 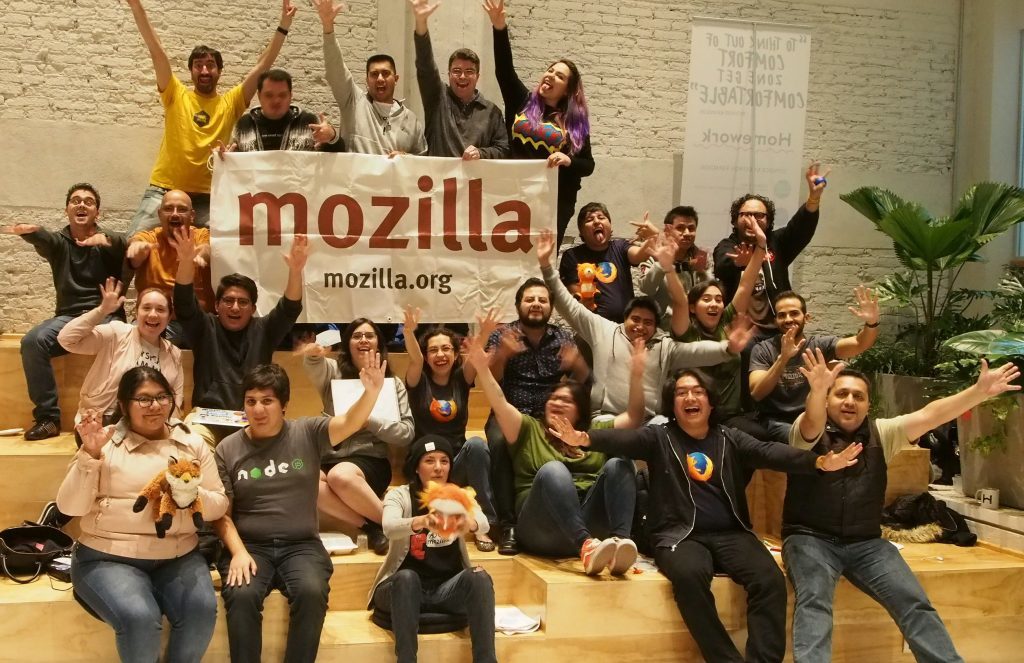 Mexico community at the gathering

To the future (and beyond)

The new repository on Github is being smoothly updated each day. Currently goals are focused on:

Team focus on 2016 was to work with the communities and re-align them with Mozilla’s goals, and at the same time giving updates and training on tools to make them bigger and stronger. Doing this work we also learned how to organize and configure these events. We created guides so communities will be able to organize it by themselves and help Mozilla to grow and expand it’s influence in the Internet world.

Like always, thanks for all the team support (specially Fran that solved all logistics problems) and the community for their full commitment on those awesome days!