Stefania Ioana Chiorean (@ioana_cis) is one of the most humble, inspiring and hard working contributor of the Reps community. 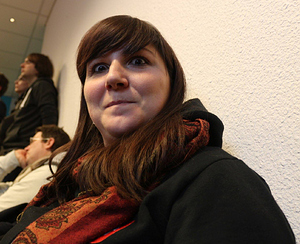 She has always been an inspiration of enthusiasm for the Mozilla community worldwide. Her proactive nature of getting things done has motivated Reps throughout. Being the part of Mozilla Romania Community, Ioana helps out anyone and everyone who wants to learn and make the web better.

During the last few months, Ioana has been organizing and participating in several events to promote Mozilla like FOSDEM, OSOM, and also to involve more women into Free/Open Source communities and Mozilla through WoMoz initiative, highly involved in Mozilla QA helping to smash as many bugs as possible in several Mozilla products.

Ioana is now driving the Buddy Up QA Pilot program, which aims to recruit and train community members to actively own testing of this project. Also we welcome Ioana as a Peer of the Reps Module and congratulate her for being the Rep of the Month!

Thanks Ioana for all you do for the the Reps, Mozilla and the Open Web. 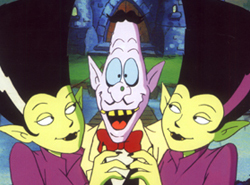 Bravo Ioanna!!! Good for you!!! Congratulations!!!

Congratulations Ioana, you really redefine every day what it means to be a Rep. So much passion and dedication! Thank you for all the things you do for the Reps!

I wondered ow it was possible that you had not been nominated yet…
Congrats, @ioana_cis and don’t go biting everyone around!

Me too had the same thought as Flore! BRAVO, you deserve that since long a time…I very happy for you !keep it up!

I will send you a “French kiss” via Hello tomorrow

love love love to Ioana <3
I miss you! Hahaha