For months – beginning long before I posted under Could PANORAMA feature be brought back to Firefox? – I have struggled to imagine, to visualise, how I might use the more restrictive future Firefox 57+ with my workflows with things such as Firefox containers.

This morning, whilst enjoying Tab Centre (Tab Center) with Quicksaver Tab Groups with Firefox 53.0 on KDE Plasma 4, the struggle ended. Now I have a more holistic understanding of why I can not imagine the future Firefox suiting my workflows. I imagine being forced to change some of my flows, and if that will be forced then I will probably continue to use Firefox 56.x until a more suitable browser becomes available.

At first glance, the screenshots below may appear to represent an extraordinary use case. In particular:

Whilst that positioning and use of a panel may appear extraordinary, visually, my gut tells me that the rationale is deeply rooted in the essence of popular desktop environments:

The window is the container

Users whose primary operating systems are not window-oriented might argue against that, but I reckon that the statement is:

– and a significant proportion of those users have become accustomed to the concept over years or decades.

The user groups things within a container

We all do it, in reality and online.

Not with all things, but with some of the things that matter to us.

Those things are tabs

In the window of a web browser: if there’s an inclination to group things, those things are likely to be tabs.

In this first screenshot: 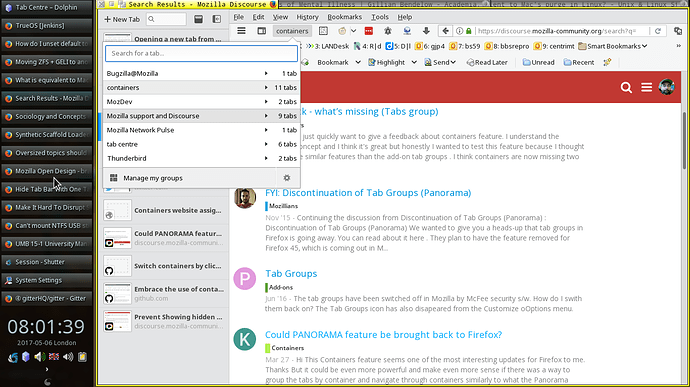 There’s more, but what’s above might be a lot to take in so I’ll await a response here before going into depth.

Embrace the use of containers for tab management

While not its primary purpose, the fact that the containers implementation provides a pretty way to group tabs by colour-coding a way to...

enhancement vote for me 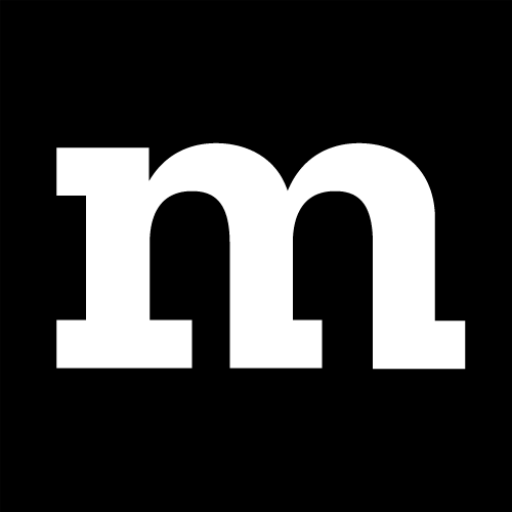 Hi all, I just quickly want to give a feedback about containers feature. I understand the isolation concept and I think it’s great but honestly I wanted to test this feature because I thought it may have similar features than the add-on tab groups....

Thanks for the feedback. We’re learning that most users have a specific workflow for managing tabs. Containers provide some more and better architecture for workflows, but we simply cannot build every user’s specific workflow.

We are planning to implement a solid contextualIdentity WebExtension API to enable add-on developers to implement the many container-based workflows we are learning in the experiment.

If you’re a developer, please keep an eye on WebExtension API and help us ensure it can accomodate your workflow.

Many thanks for the information. Sooner than I expected!

I’m not; I added a few words to my profile.

I ploughed through some more of what’s in GitHub.

G'day ... I think you need to consider the method for Add-ing a URL to a container. I am starting to set-up...

I keep sharing bits and pieces of how I use containers in different issues. These pieces clog up the issues, lack... 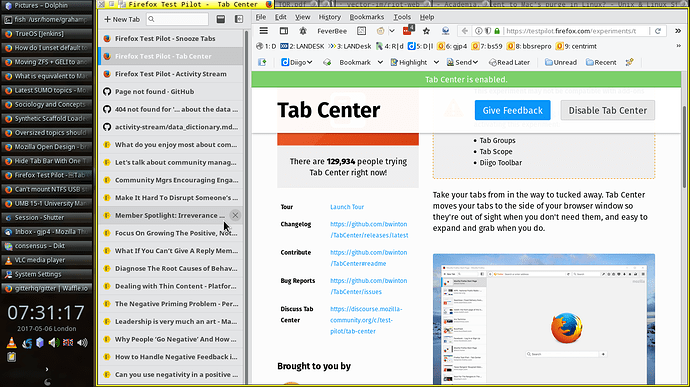 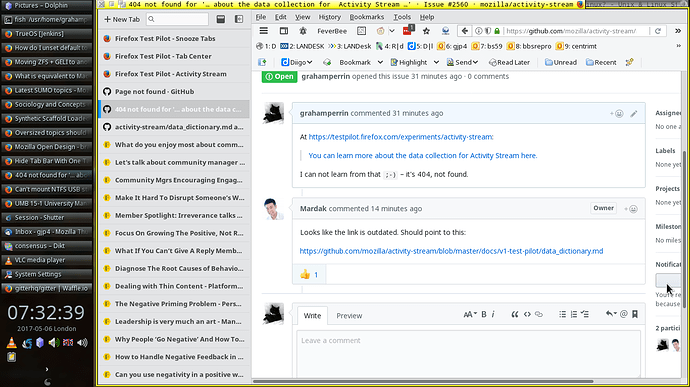 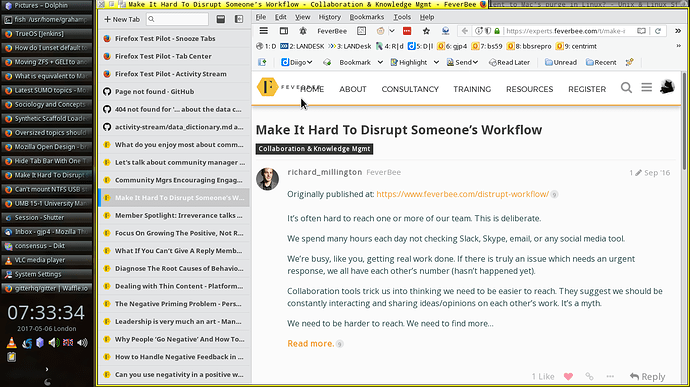 Refraining from use of groups. The tab for chat is uppermost (traditionally leftmost). 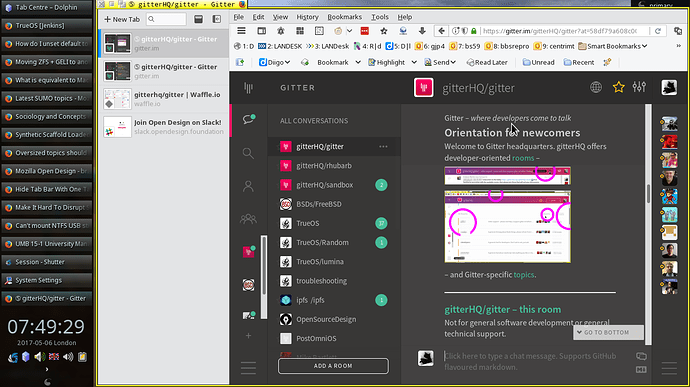 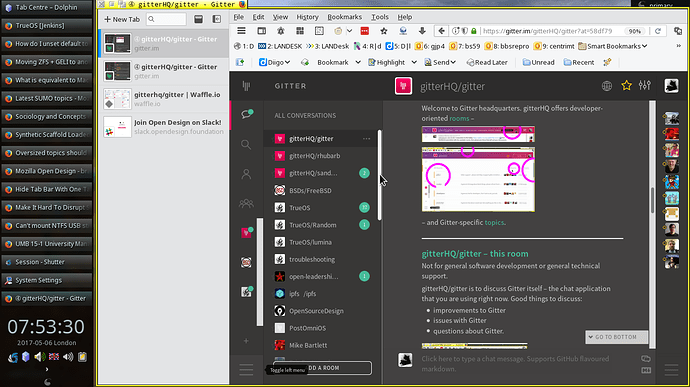 4 posts were split to a new topic: Sea Containers sidebar for managing tabs

… moving from one container to another is a privacy issue which we really don’t want to open up. Whilst this makes tab groups style usage an issue it would reduce the real reason why we are doing containers. …

I do see the value of containment, don’t want to dilute its value.

For me, movement (without the Containers experiment) is essential. In retrospect, I should have made that clear in my opening post. I need to focus first and foremost on the movement aspect, so I’ll:

I personally don’t think this is a tab centre is the correct category either to be honest.

Sea Containers now allows a right click context menu to open a new tab in a container which may solve some of this.

True. It was, is, a sprawling topic that began with too vague an attempt to describe my workflow.

Now, I could edit the title, but I won’t … as things turned out, the category is an excellent fit with a summary from my Firefox 56 perspective.

Since I switched to Vertical Tabs Reloaded, which is compatible with Tab Groups, use of Firefox has meshed almost perfectly with my use of KDE.

A frame from that four-minute screen recording: 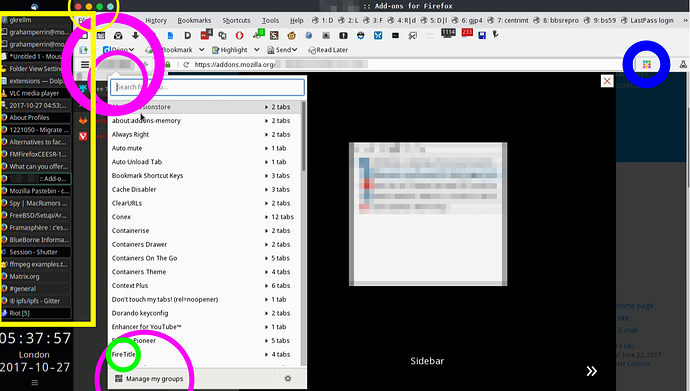 From the on-screen narrative in the recording:

Essentially: the KDE panel, far left, is (if you like) the root of my workflow; the root of my tree. An at-a-glance (never hidden) list of things that are titled

– and that’s why FireTitle (circled, green) is amongst my top ten legacy extensions.

On a humorous note, anyone seeking Firefox in Mozilla’s new Extension Finder might be tickled by typing the first two letters of the word … 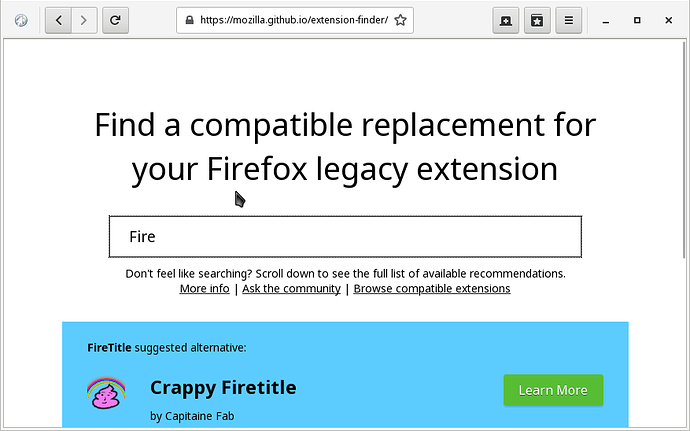