A fellow named Danny Lin made an add on called WebScrapBook which probably works fine if you understand it … I don’t.
I used to use something called unMHT which worked fine but disappeared. Then I got stuck with some awful thing that
created a fuzzy screen shot of all the pages. Didn’t like that. Does anyone have easy to follow instructions for using

WebScrapBook (the dummies version) or is there an alternate choice ?
Don’t send me to Github. Makes no sense to me. Thank you … Ray

Did you need unMHT to open existing MHT files? I’m not sure whether there are any extensions for Firefox to do that right now. It doesn’t look like WebScrapBook has it.

If you want to save pages in a single-file format, check out this extension: 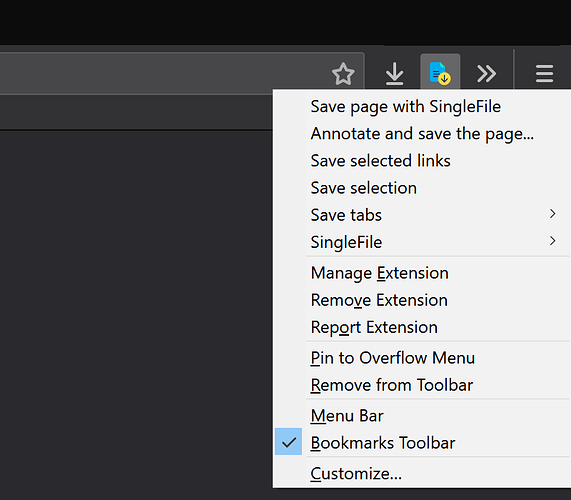 SingleFile – Get this Extension for 🦊 Firefox (en-US)

Download SingleFile for Firefox. Save an entire web page—including images and styling—as a single HTML file.