Could PANORAMA feature be brought back to Firefox?

Hi
This Containers feature seems one of the most interesting updates for Firefox to me. Thanks
But it could be even more powerful and make even more sense if there was a way to group the tabs by container and navigate through containers similarly to what the Panorama built-in feature would do.
This feature is currently still available as an addon (Tab Groups), but this addon will cease to exist when only webextensions will be supported (as announced by its maintainer).

So, built-in Containers + Panorama… that would be the acme.
Thanks

I see you left a comment on https://github.com/mozilla/testpilot-containers/issues/336 … we’re definitely watching the

and comments on those issues to help us decide what enhancements to make to Containers in the future.

Thanks for the feedback.

I’m here via https://github.com/Quicksaver/Tab-Groups/issues/535#issuecomment-290931884, and after wading through various issues in GitHub:

My KDE Plasma 4 use case

Switching between windows is less often performed with actions such as:

At-a-glance = without any keystroke or movement of the pointer.

In my Mozilla window, tabs are not yet grouped – 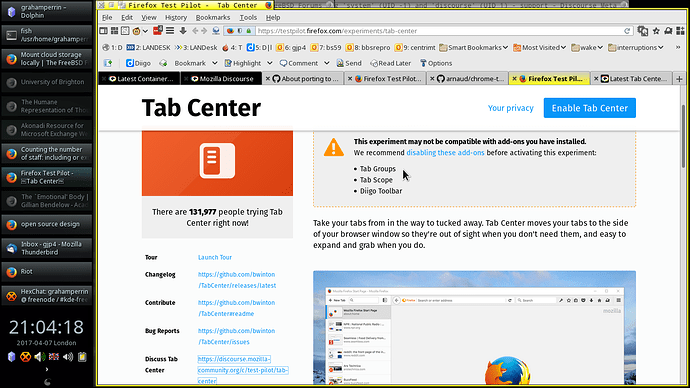 A (Shift-Control-E) panorama of tab groups in my BSD window: 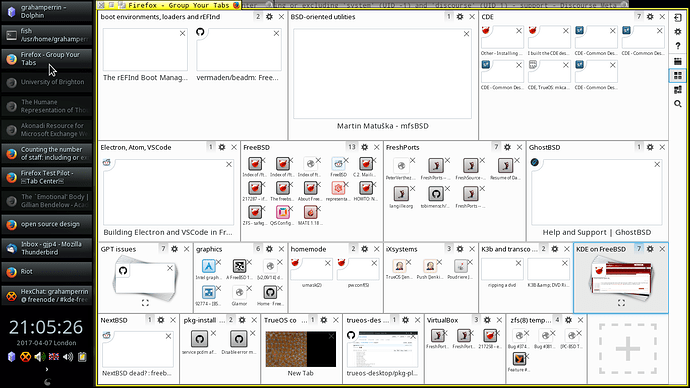 Side note: I’d also like such actions to be possible through traditional menus.

If you don’t mind, could you copy that comment to the GitHub issue?

Issue: Embrace the use of containers for tab management

UX personnel will look at that issue soon.

– I’ll link from GitHub to this discussion.

Related, and hopefully a better expression of the fundamentals:

… In my Mozilla window, tabs are not yet grouped … but soon will be. …

I now have more than 250 tabs in that window, spread across a long list of (Tab Groups) groups. It’s timely to share some screenshots of that window, and others.

https://github.com/mozilla/testpilot-containers/issues/428#issuecomment-325489803 for shots of my relatively simplistic ‘day job’ use of containers (without Tab Groups) – limited to a lesser-used profile with relatively few extensions.

Below: some more realistic shots – of my usual profile. In a few of these shots I toyed with use of containers. Also, there’s some movement of buttons – for example, in the most recent shots I chose top left for Tab Groups.

First, a shot of the overflow (for lesser-used things that require, or benefit from, an icon): 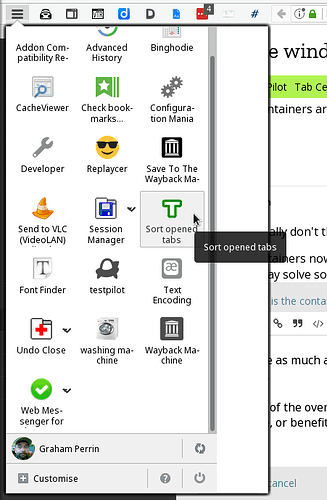 Selected use case screenshots from this morning

Chronological order. Not solely related to Tab Groups or containers, but I’d like to keep this collection in one place … 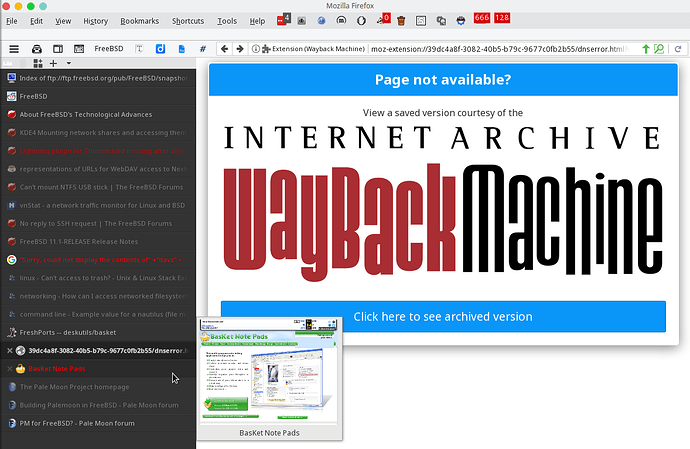 A change from desktop to mobile at addons.mozilla.org, not respected by all pages:

Containers drop-down dropped from one point with (above) Vertical Tabs Reloaded: 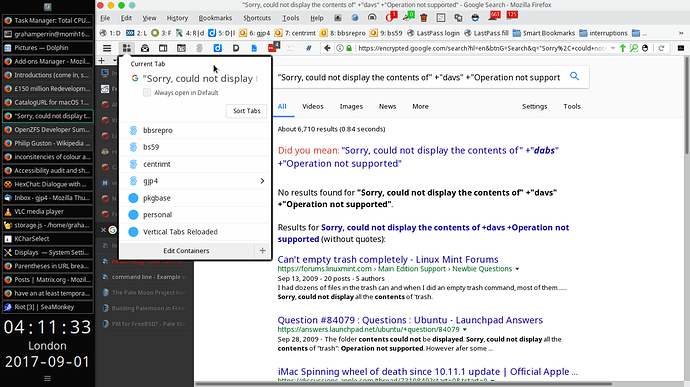 An about:sessionstore view of groups with names of average length: 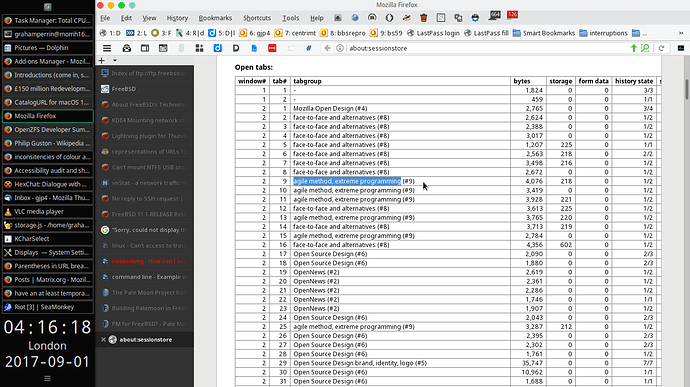 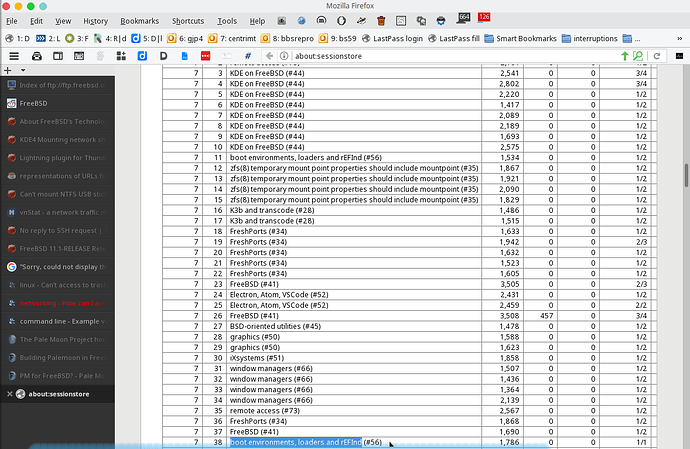 Containers limiting the length of a name to twenty-five characters: 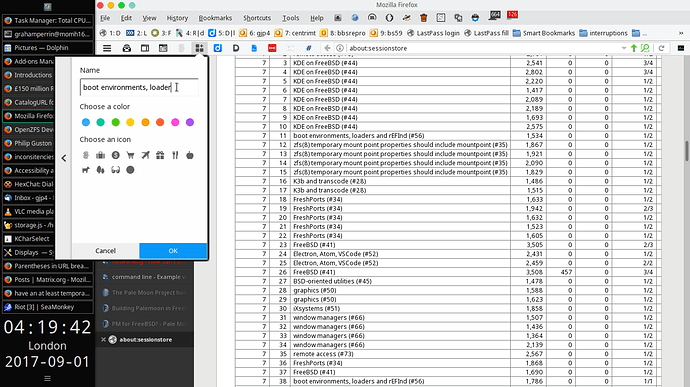 Changing the title of a tab: 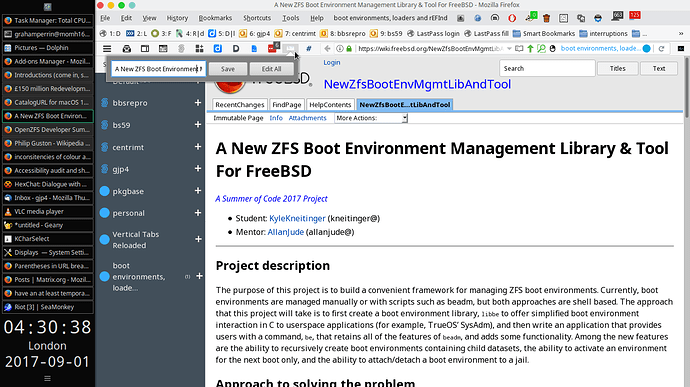 Four extensions immovable from – wasting space in – the location field: 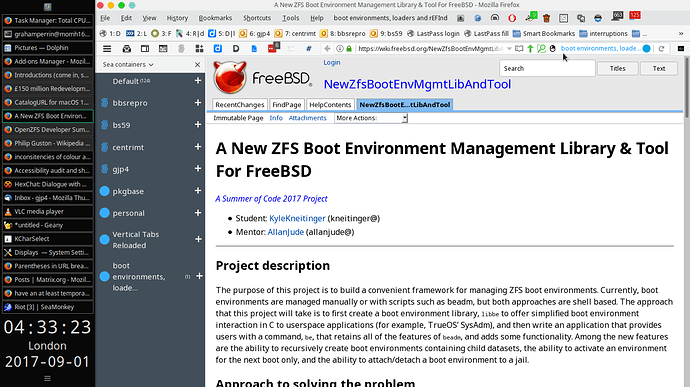 Reloading all tabs following another addons.mozilla.org switch from desktop to mobile: 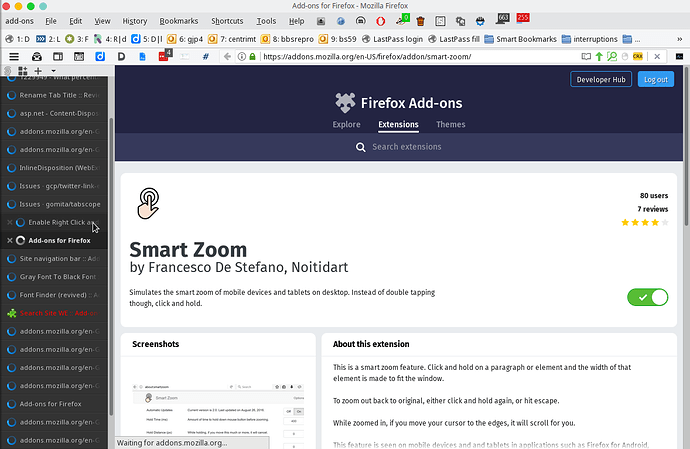 addons.mozilla.org desktop view of a comment after switching to mobile: 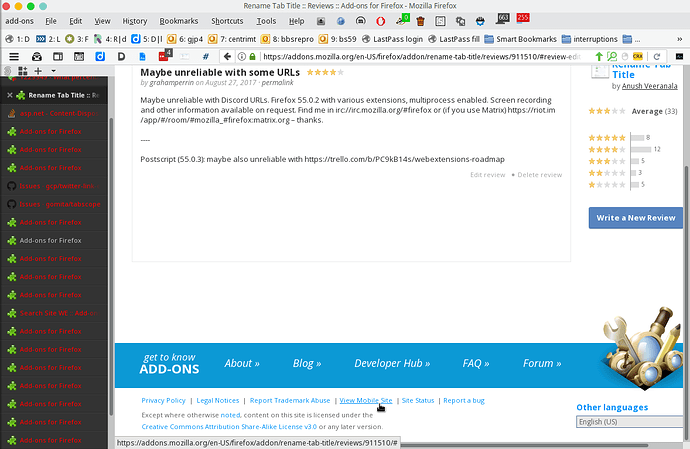 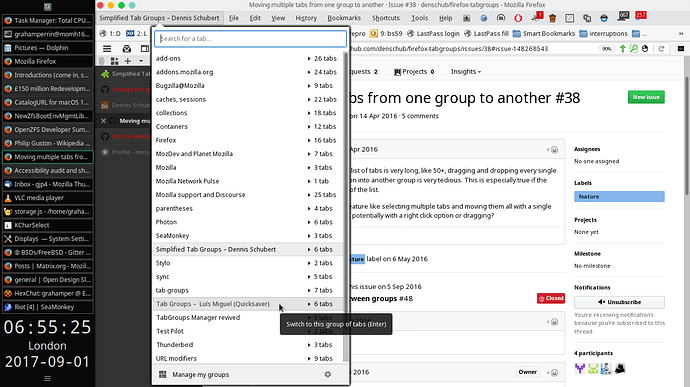 Underlines in a pale sidebar of Vertical Tabs Reloaded: 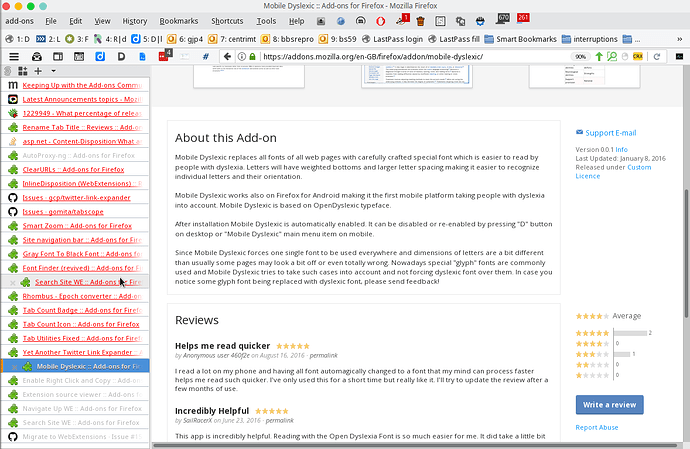 Underlines in a darker sidebar of Vertical Tabs Reloaded: 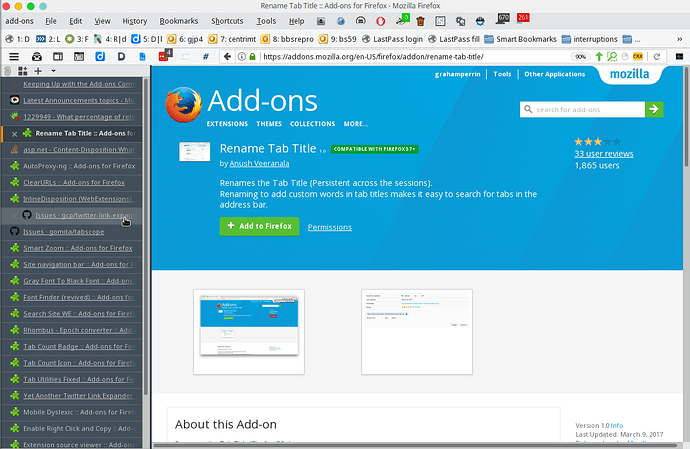 I need to see as much as possible of the URL in the location bar.

More than seventy groups, and it’s not unusual for their names to be more than 30 characters long, for example:

– 33 and 40 characters, respectively. The longest is 65 characters.

In fairness: container metadata in the location field is not entirely a waste of space. However: the combination of 25 characters, non-abbreviated, plus an icon that I’ll never use, is troublesome.

With preferences for Auto Unload Tab I get, in the sidebar (of Vertical Tabs Reloaded), five states. One of the five is rarely used, the others are very useful to me:

I experimented with underlines in the sidebar of VTR a few weeks ago. They were too noisy for me; distracting, confusing, so I abandoned them after a few minutes. I revisited the feature, this morning, solely for screenshots.

I guess that a Firefox Test Pilot Containers implementation might be more subtle, but I don’t foresee myself liking it. I keep an open mind.